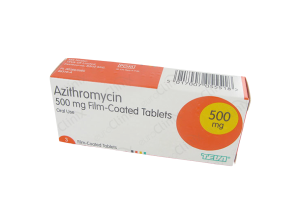 A report this week in the New England Journal of Medicine suggests that, whether you knew it or not, lots (really, lots) of your patients are/were/will be taking antibiotics.1 Patients might not consider these medications relevant to their rehabilitation, but there are concerns for rehabilitation professionals when these medications are prescribed. The authors reported on data from a huge database of prescribing information. The database accounts for 70% of all prescriptions written in the U.S. in 2010 and the authors projected what the prescribing patterns would look like for all of the prescriptions. Providers wrote 258 million prescriptions for antibiotics in 2010. That works out to 883 prescriptions for every 1000 people. We don’t  know how many unique individuals this represents – perhaps there are some antibiotic-superusers out there, but it’s hard to argue that we’re not talking about lots of antibiotics. If you practice in the southern U.S. (Louisiana, Mississippi, Alabama, Arkansas, Tennessee, Kentucky), you’re working where prescription rates are the highest (936 prescriptions per 1000 people). Those of you out west are less likely to encounter patients to whom antibiotics have been prescribed (639 per 1000 people).

Penicillins, macrolides, cephalosporins, and quinolones accounted for around 70% of all the prescriptions. The top 5 individual drugs were:

1. azithromycin (Zithromax®), a macrolide, to the tune of 51.5 million prescriptions. That’s a lot of barely legible handwriting.

2. amoxicillin, a pencillin and β-lactam, otherwise known in my house as “the pink medicine”, was a close second with 51.4 million prescriptions.

3. amoxicillin/clavulanate, otherwise known as Augmentin® tallied 21.5 million prescriptions. This drug combines the antibiotic with potassium clavulanate, an inhibitor of an enzyme that some bacteria produce rendering them at least partially resistant to drugs like amoxicillin.

Why do these drugs matter to us? The most common adverse effects of antibiotics are gastro-intestinal or dermatologic in nature. While nausea, diarrhea, and abdominal discomfort GI upset may be important to your patient, the real impact they might have on your clinical decision making is minimal. Rashes and other dermatologic concerns are common reactions and may or may not represent true hypersensitivity to the medications. Given that we often observe the skin of the extremities or trunk or our patients, we may notice the development of a skin eruption before the patient does. If the patient has not yet reported any of these issues to his prescriber, he should be encouraged to do so ASAP. Some adverse reactions and forms of hypersensitivity are essentially benign and others, such as Stevens-Johnson syndrome and toxic epidermal necrolysis, though rare, can be fatal.  Additionally, I hope it’s obvious that we should certainly not be telling patients to discontinue medications.

Whenever your patient returns from an encounter with a prescribing provider, you should re-visit that patient’s medications. Seemingly benign additions, such as these antibiotics, can have an impact on rehabilitation decision making. For example, cephalexin can increase the effects of warfarin, a common anti-coagulant, making bleeding more likely.

The number 4 antibiotic, ciprofloxacin, is the most notable in a rehabilitation context. Back in 2008, the FDA informed manufacturers of this drug and others like it, the fluoroquinolones, of the need for the addition of a so-called “black box warning” to the prescribing information. This is the strongest warning that the FDA requires drug manufacturers to provide, and in the case of the fluoroquinolones, the warning pertains to an elevated risk of tendinopathy and tendon rupture in those taking the antibiotics.  The risk is greatest in those over 60, those also taking corticosteroids, or in patients who have undergone cardiac, pulmonary, or renal transplantation. The Achilles tendon is most commonly involved, though dysfunction of the tendons of the rotator cuff, the hand, biceps, and thumb has been reported.2 The mechanism is not clearly understood. Theories include ischemia, degradation of the extracellular matrix, and direct toxicity of these agents on tenocytes.3 Symptoms have been reported as soon as 6 hours after the initiation of a fluoroquinolone and as late as 6 months after discontinuation.4 Tendon pain is the most common presentation and bilateral involvement is frequent. Exercise and physical activity are frequently associated with symptom onset.5

The bottom line in rehabilitation – antibiotics are frequently prescribed, but might not be considered significant by patients and therefore not disclosed without careful questioning. Whenever a patient returns from a physician encounter, an inquiry should be made into any medication changes. GI symptoms, rashes and other skin eruptions, and any tendon-related pain or swelling during or within the 6 months following fluoroquinolone exposure, should be reported to the prescribing provider.